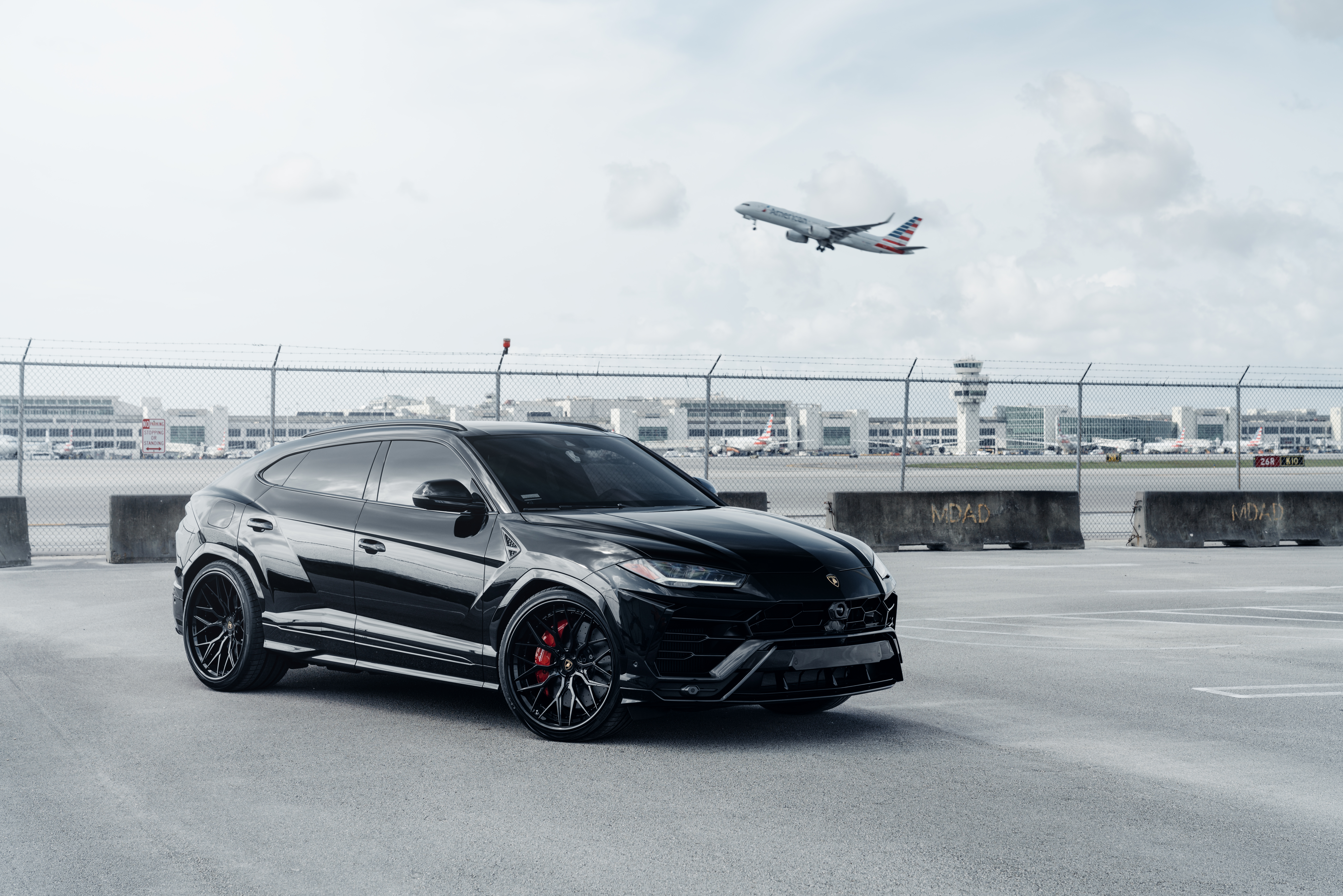 We’ve discussed the Lamborghini Urus here before on the blog, but it seems like where ever you look there’s another Urus coming out with its own unique style. Lamborghini owners have never been afraid to modify and customize their quarter million dollar cars and make them truly one of a kind. The Lamborghini Urus is no different, though it may not share its low aggressive stance its brothers might have and it won’t be the bedroom wall staple like the Diablo or the Countach are. The thing is I don’t think Lamborghini designed the Urus with bedroom posters in mind. The Urus, dare I say, is almost mild-mannered next to the other cars in Lamborghini’s 2019 lineup. For starters it doesn’t have a screaming V10 or V12. The Urus is currently the only car Lamborghini offers that doesn’t have 10 cylinders or more.

Where the Urus lacks in cylinders, it makes up for it in turbos. The Lamborghini Urus boasts a twin-turbo V8 with an output of 650 hp, giving it the best power to weight ratio in the SUV class. But this is an SUV, all that power doesn’t matter if it can’t perform off road. Luckily Lamborghini already thought of this and the Urus comes standard with an automatic 8 gear transmission and permanent 4 wheel drive. Which means the Urus feels planted whether you’re on snow, dirt, sand or asphalt and is truly the ultimate SUV. Though the Urus may be “mild-mannered” that hasn’t stopped people from taking this groundbreaking SUV under the knife. The Urus is by no means a car you see everyday here in the United States, unless you live in Hollywood or Miami that is.

This particular Urus is finished in what Lamborghini calls “Nero Noctis” or better known as black. This gives it an extremely menacing look. With a little help from MC Customs down in Miami, the menacing, super-villain look was complete. MC Customs lowered the Urus a little bit, a little bit of low goes a long way in styling, and added a set of AG Luxury AGL43s finished in Gloss Black to match the car. Seeing this Urus next to a stock one, the modifications are immediately noticeable, giving the Urus almost an OEM+ look. A look the purists might get a little mad about, but not too much. After the team at MC Customs was done with this Urus, it truly stands out in a crowd.