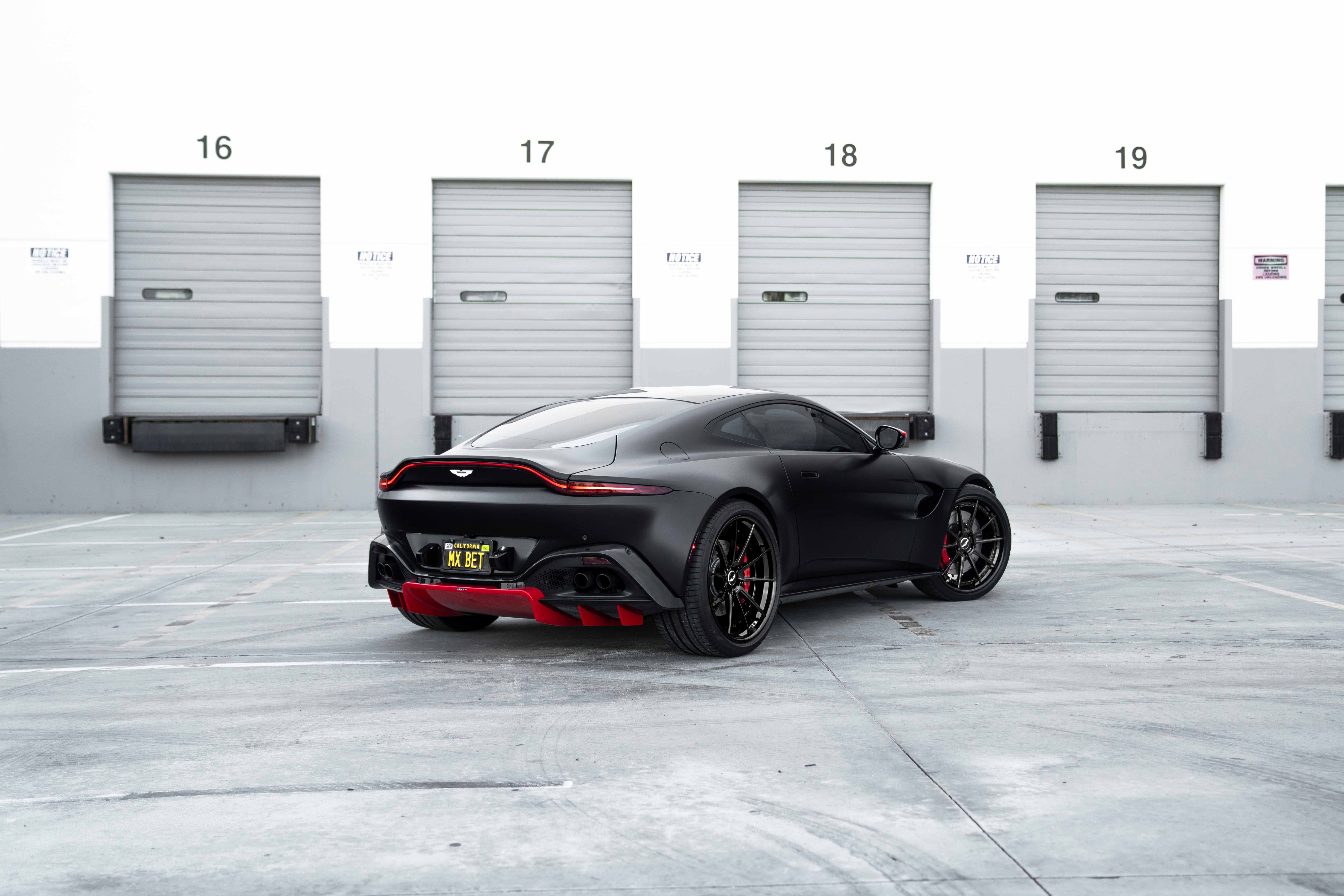 Aston Martin hasn’t introduced a new, and by new we actually mean new, sports car since the Vantage rejoined the Aston lineup all the way back in 2005. The new Vantage is being called a “baby Aston” due to the fact it sits on a shortened version of the chassis from the DB11 before it, but don’t let that fool you, other than the engine from AMG and the chassis from the DB11, the Vantage is all new. I think the problem with Aston Martin before this was most of the cars looked the same and more importantly they were all the same size roughly. By taking the chassis from a DB11 and cutting it down it allows the Vantage to be clearly smaller and define itself the true stand alone sports car in the Aston Martin lineup. The smaller, lighter frame of the Vantage also makes it a lot of fun to drive, going from 0-60 in 3.6 seconds and taking you all the way to 195 mph.

Now the new Vantage looks a little different from the rest of the range and strays from that classic Aston front end look we’ve become so accustomed to. But you’ve seen this before on an Aston Martin, specifically the Aston Martin Vulcan. The Vulcan was a track-only car launched back in 2015 and only 24 were made priced at $2.3 Million USD each, so the Vantage being inspired by the Vulcan at only $149,995 is a bargain! Unlike the Vulcan the Vantage is extremely comfortable to sit in, the bucket seats hug you but don’t squeeze you, Its a perfect balance between sport and comfort. This Aston may be small in nature, but packs a big punch. They always say big things come in small packages.

The Aston Martin Vantage surely catches the eye, with its wide rear hips, low stance an sharp front end this car is truly breathtaking. Once this car became available in the United States the team at Audiotoyz couldn’t wait to get their hands on one. When they got their hands on this car it was black, but they decided to give it a more sleek look by wrapping the car in a Satin PPF turning that glossy black into a stealth figher Satin Black. Now that the body has been handled they turned their attention to the wheels, they decided on a set of AG Luxury Wheels AGL31, which they also have installed on their Range Rover SVR. After some personal touches from Audiotoyz and the right set of wheels, this Vantage is definitely turning heads on the road.